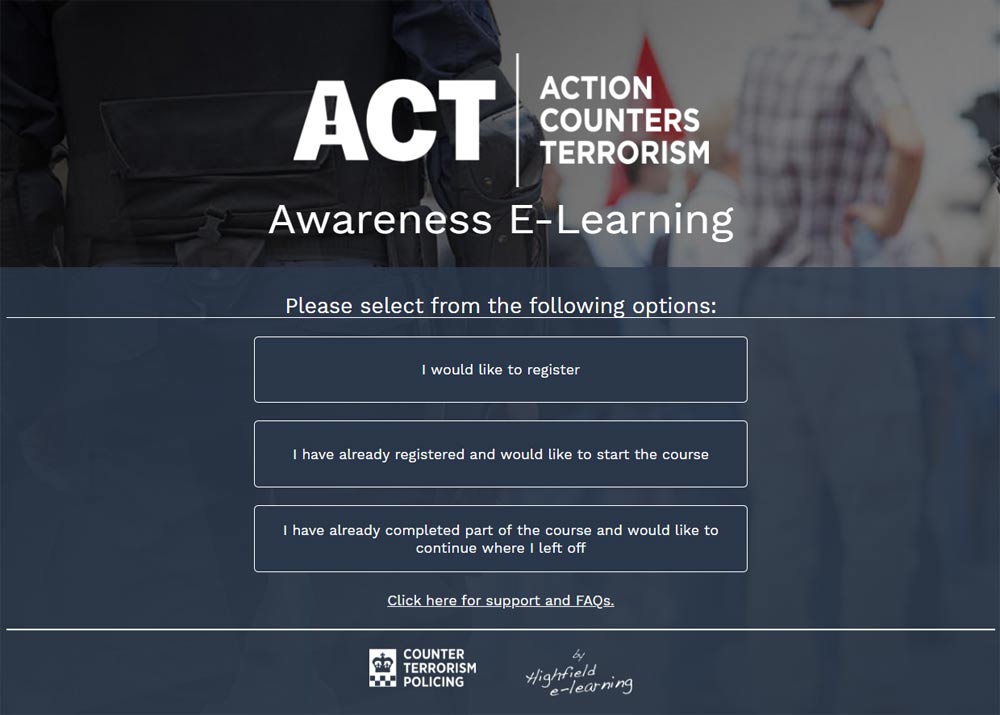 The New Year is a good time to do something new. How about enrolling in an award-winning counter terrorism training course?

Thames Valley Police is encouraging the public to enrol on this free course, hosted by online training specialists Highfield, and being made available to the public for the first time.

Devised by Counter Terrorism officers and security experts, the ACT Awareness e-Learning package was previously only available to staff working in crowded places like shopping centres and entertainment venues.

Now Counter Terrorism Policing has decided to open up the training to anyone who wants to become a CT Citizen. Through it, they can learn how to spot the signs of suspicious behaviour and understand what to do in the event of a major incident. The acronym ‘ACT’ stands for ‘Action Counters Terrorism’, and the emphasis is firmly on what actions we as citizens can take safely to help reduce terrorism and thereby other crime.

The programme was originally devised in partnership with Marks and Spencer, and participants needed to be signed up by their employers. With more than one and a half million modules completed, it has already proved effective in spreading important information. Now the online learning is available free of charge to anyone who wants to take part.

“The course has been so popular, with nine out of 10 users saying they would recommend it, we want to open it up to as many people as possible.

The threat level remains at Substantial – meaning an attack is likely – so giving everyone the chance to be extra eyes and ears for police and local security teams help to keep all communities across the Thames Valley safe.”

ACT Awareness is made up of seven modules that take a few minutes each to complete. You can pause and re-join at any time. In total it takes just 45 minutes – so less than an hour of your time could help to prevent an attack or help save lives if one was to happen. 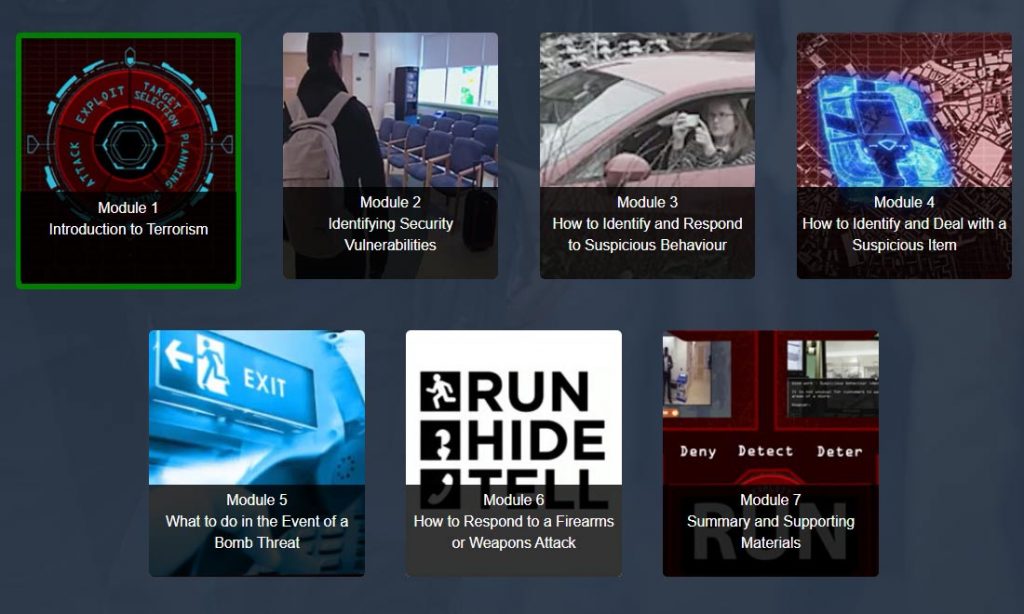