Clearwaste is launching a TV ad campaign today, featuring John Challis (‘Boycie’ in Only Fools and Horses). Launched in mid-2019 by a businessman fed up with fly tipping in his locality, this is a web site and app which allows users, at no cost, to search quotes from registered waste carriers. It also enables reporting of fly tipping, which is then reported directly to the council or registered land owner. It is therefore a very useful tool, in addition to those available through Buckinghamshire Council and the Environment Agency.

Please Follow us and Retweet to help us stop fly-tippers and always report #flytipping on our free app, wherever you are in the UK pic.twitter.com/SSBKRNiqzf

Litter and Fly Tipping: a leading Concern for Chiltern Residents

Litter is one of the 22 priorities on which residents are asked to vote in our Quarterly Surveys.

The Forum’s surveys seek to identify areas of concern. These are used to enable decisions to be taken on Neighbourhood Policing priorities, and also to identify and provide information on how individuals and the community can play their part in helping improve matters.

There’s no doubt that residents view litter as a matter for concern: it appears regularly in the top 5 concerns. Comments express great frustration at fly tipping. With depressing frequency we see or hear of piles of rubbish being dumped, obstructing roads, creating environmental damage, and hazards for wildlife as well as people.

Fly Tipping – how we can fight back

Fly tipping is a crime, punishable by a fine of up to £50,000 or 12 months imprisonment if convicted in a Magistrates’ Court. The offence can attract an unlimited fine and up to 5 years imprisonment if convicted in a Crown Court. (Update: we are informed by BucksFlyTipping that unlimited fines are also now possible at Magistrates’ Courts – depending on the circumstances of the offence, the offender’s ability to pay and the guidance of the Sentencing Council.)

Buckinghamshire residents can report instances of fly tipping to Buckinghamshire Council through ‘Fix My Street’: https://www.fixmystreet.buckscc.gov.uk/

It is also incumbent on residents to ensure that we use REGISTERED waste carriers. It’s not just in order to do the right thing – householders have a duty of care to check that anyone removing their waste is a registered waste carrier. If our rubbish ends up being fly tipped, we can end up liable to prosecution.

Checking if a Waste Carrier is registered

You should ask whether your waste carrier is registered. To check their registration, you can search the Environment Agency’s Public Register of Waste Carriers or phone their authorisations team on 03708 506 506.

Bucks Fly Tipping recommends paying online and not by cash (or value of scrap metal removed etc) which makes the waste carrier much more traceable. We are advised also to record the registration number of any vehicle removing waste – this should also mean that if it is later dumped illegally, they should face prosecution and not you. 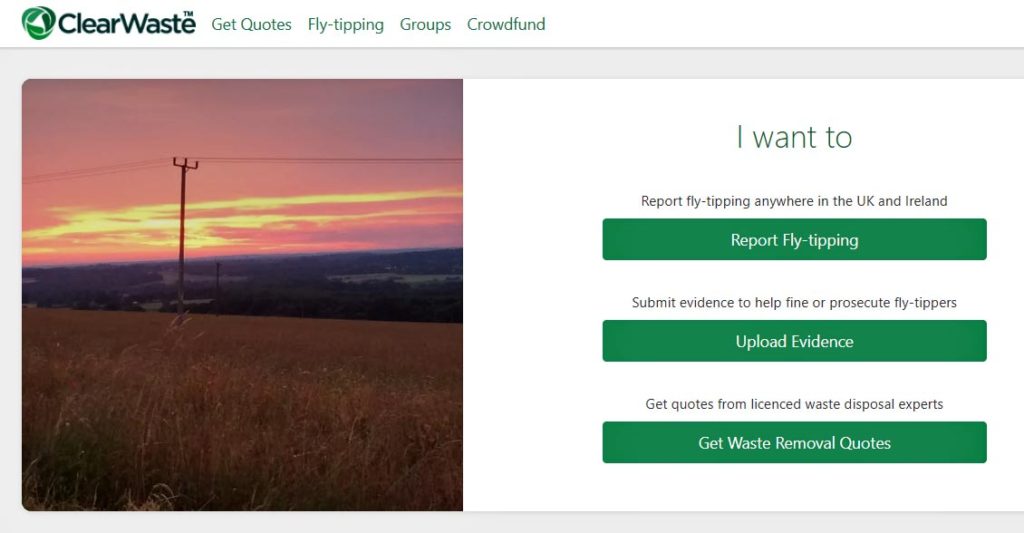