Thank you to all who attended the Forum meeting on May 26th. Whilst we look forward to being able to meet in person in the future, the Zoom meeting was an undoubted success, with 48 recorded logins and a wide ranging discussion.

At the end of the meeting, priorities were retained from the previous quarter: Burglary, Anti-Social Behaviour and Drug Dealing. Chairman Andy Garnett undertook to have discussions on how additional resources and attention can be brought to bear on Speeding, which emerged as a clear second from the quarterly survey (see survey results). 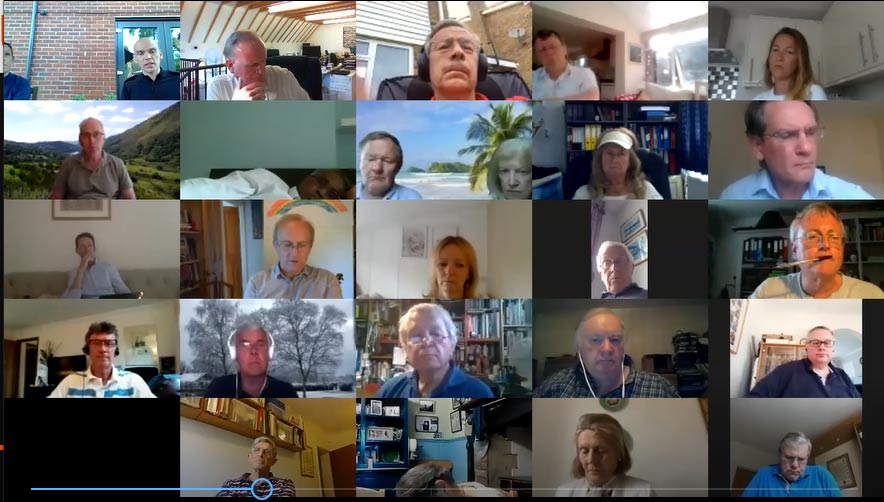 Minutes are available for the meeting, and a copy of the Police report. Below are some highlights.

The meeting was held in the context of the COVID-19 pandemic and lockdown. This had seen the neighbourhood teams reduced to the Inspector and PCSOs, while Police Officers were retasked to other duties. At the time of the meeting, officers had once again become available to Neighbourhood Policing if not required for other duties, but had not returned full time.

The lockdown had had a number of effects on recent crime figures, including a switch from reports of AntiSocial Behaviour from the night-time economy, to the need to attend reports of breaches of COVID restrictions. An expected reduction in burglaries was somewhat marred by a reccent spike in and around Chesham – But Insp Vine reassured that the perpetrators had been caught.

Up to the point of the meeting, Insp Vine reported that 1,200 COVID-related incidents had been reported, officers had attended 350, and issued 33 Fixed Penalty notices. PCSO’s had been tasked with the ‘4 E’s’ strategy: Engage, Encourage, Explain and (once given the powers) Enforce. Thames Valley Police as a whole had been one of the most active forces in terms of tickets issued, and Chiltern was the ‘middle of the field’ within TVP.

Responding to a question regarding concerns as lockdown is eventually relaxed, Insp Vine identified the following issues:

Burglaries down for the year

The main ‘good news story’ for the meeting was that, as they had hoped at the previous meeting, Chiltern Neighbourhood police was able to report a slight (1%) REDUCTION in burglaries in the reporting year from April 2019 to March 2020. Insp Vine said this had been “no small achievement” as the early months of the year had seen figures up by around 30%, though also recognising the impact of burglaries on those affected.

The following note of thanks from Detective Chief Inspector Ailsa Kent, Head of Force crime, was received by the team:

“Just wanted to say a really well done to your team for the burglary reduction that you have delivered this year. I know that this is absolutely a whole team effort in Chiltern and South Bucks and after the increases that were experienced in the late autumn and winter of last year, the work that you have done to drive offending down to this level is tremendous – you have achieved something that has not been achieved for a number of years. You should be proud of this as it demonstrates that your plans, focus and drive are making a real difference.
Really well done – please pass my thanks and ‘well dones’ to all involved.”

Role of the Community Forum

In response to a question about Anti-Social Behaviour, and the survey categories, Insp Vine clarified that the survey categories reflect Community issues. “It’s not just about Policing priorities, it’s about Community Priorities and not all will be the Police’s priority. However, I am very much supportive of this as it gives me and the team clear direction, and they know exactly what they are working towards for the Community.”

The next meeting of the Community Forum is scheduled for Wednesday, 23 September, venue: School Library, Amersham School, Stanley Hill. However, this is subject to progress on restrictions and we shall inform of any changes.

Neighbourhood Police INspector and colleagues will speak to residents about concerns of an increase in burglaries via a Microsoft Teams meeting, 7pm Thursday 1st December.    Read More...

A short explainer video by Thames Valley Police on Stop and Search. Explains the process and the rights of anyone involved.    Read More...