Due to COVID-19 restrictions, Chiltern Community Forum met via Zoom on Tuesday 26th May.

The meeting was very well attended, with almost 50 logins. We should like to thank all who participated, and contributed to a full and lively discussion.

Priorities were retained from the previous quarter: Burglary, Anti-Social Behaviour and Drug Dealing. Chairman Andy Garnett undertook to have discussions on how additional resources and attention can be brought to bear on Speeding, which emerged as a clear second from the quarterly survey.

View Minutes of the meeting. 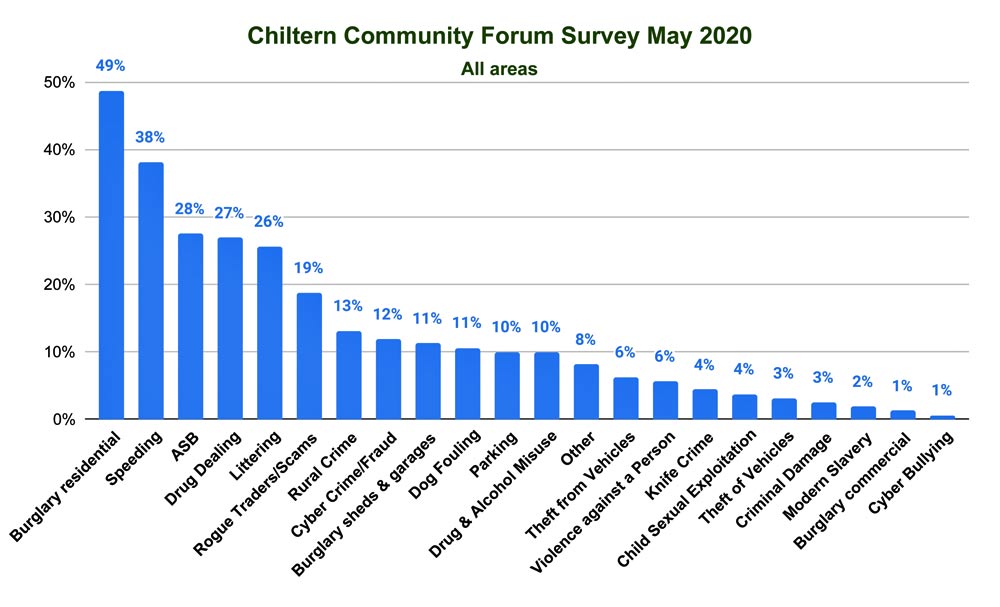 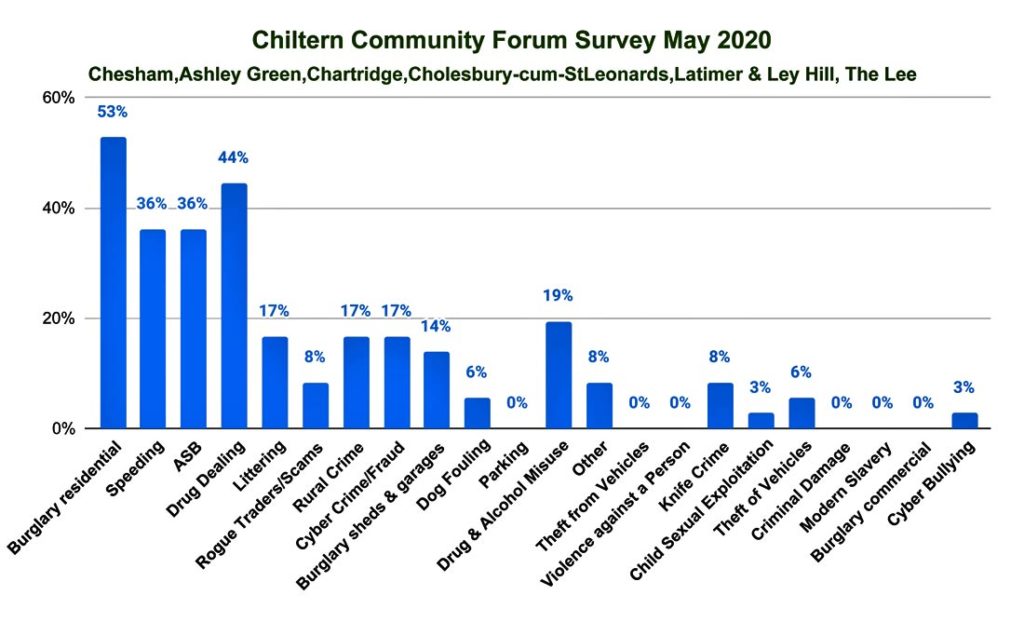 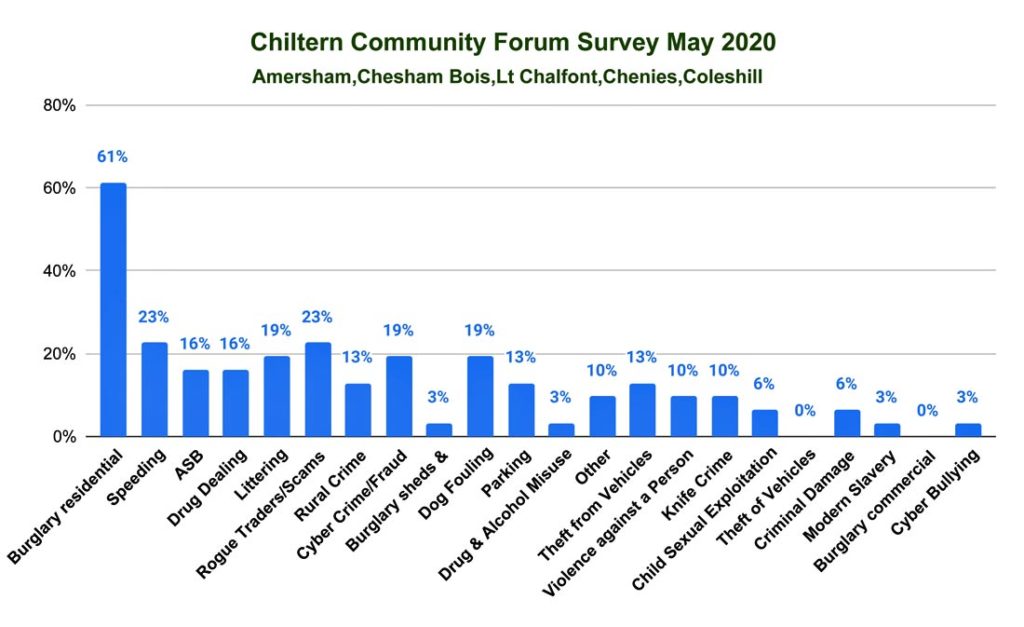 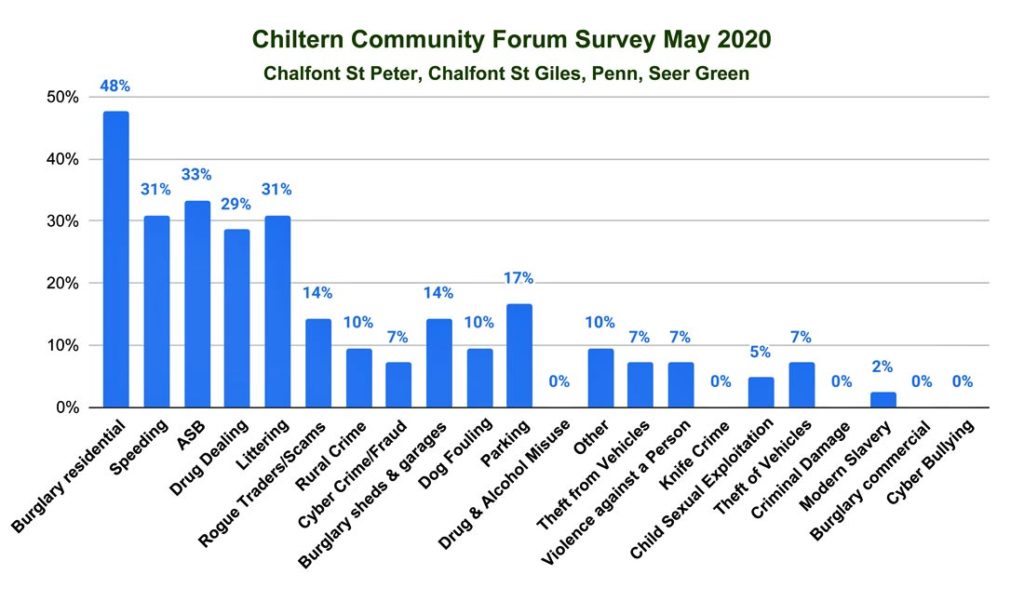 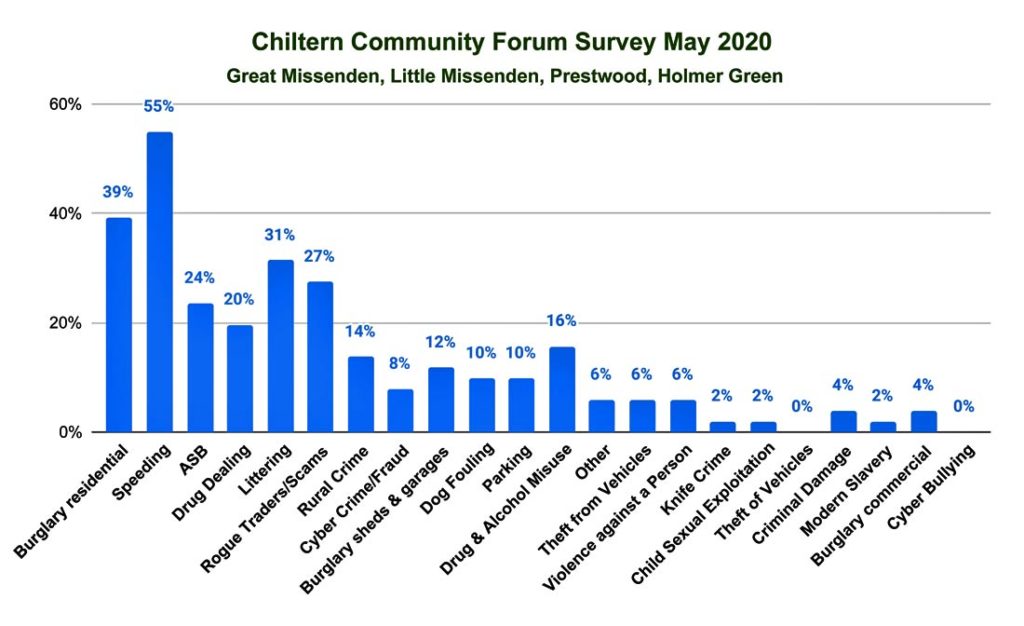