Thank you to all who contributed to a record near-600 responses to the Community Forum surveys, and who defied a cold, wet November evening to attend the meeting in the Library at Misbourne School.

Decisions for the top Neighbourhood Policing priorities were as follows:

The first three were unchanged from the previous quarter. For the first time, the Forum added a fourth priority, responding to some of the concerns and comments in the surveys (also to the fact that the meeting was evenly split between Drug Dealing and Violence against a Person for the third priority!)

As ever, the meeting started with a report on policing of previous priorities, moving on to open, frank discussions with members of Chiltern’s Neighbourhood Policing team. 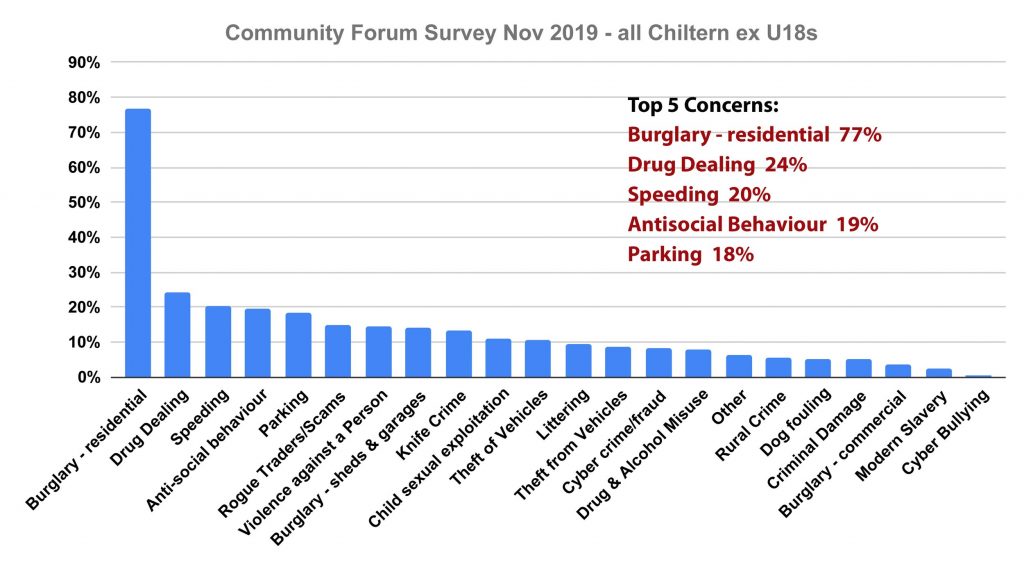 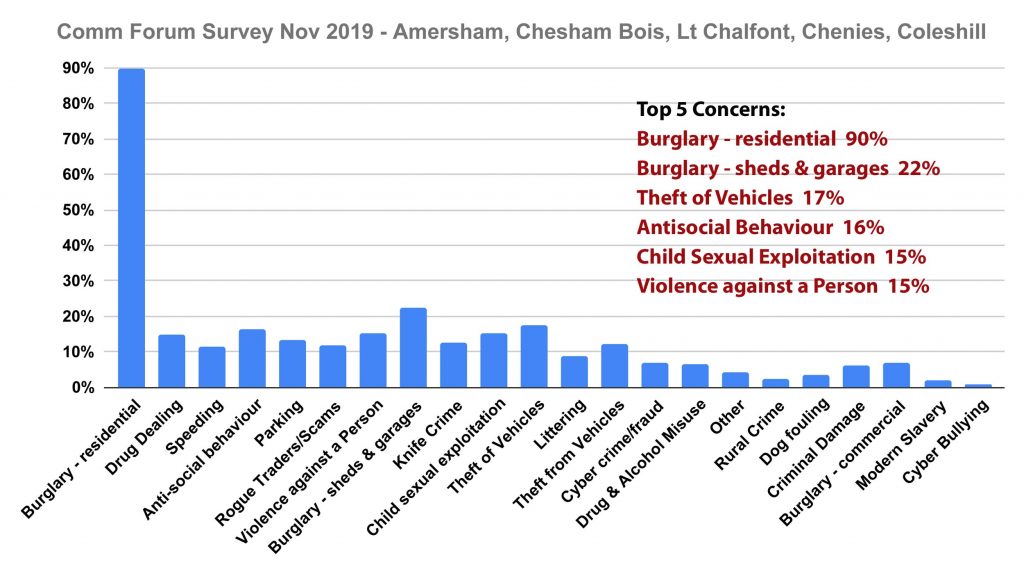 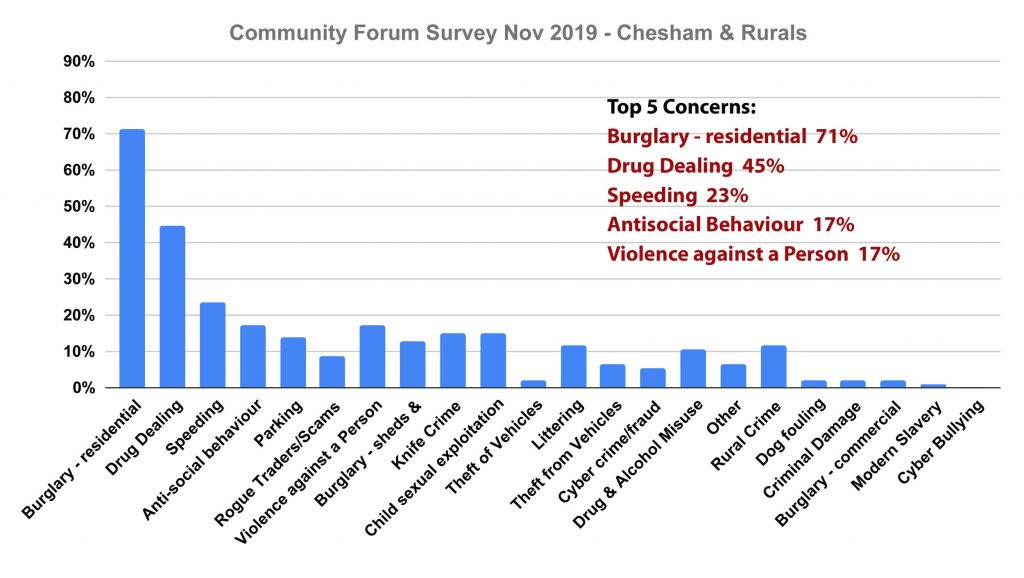 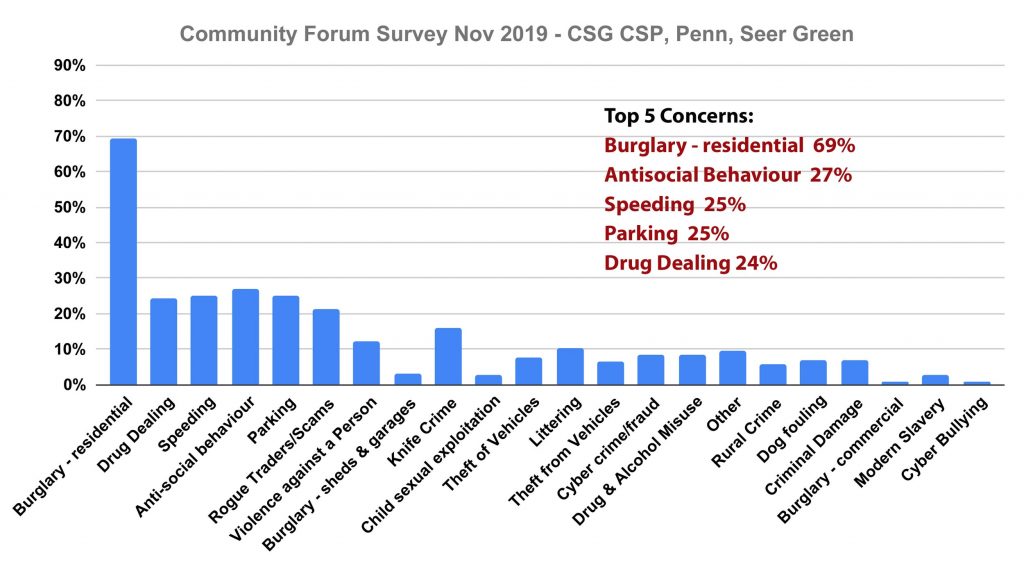 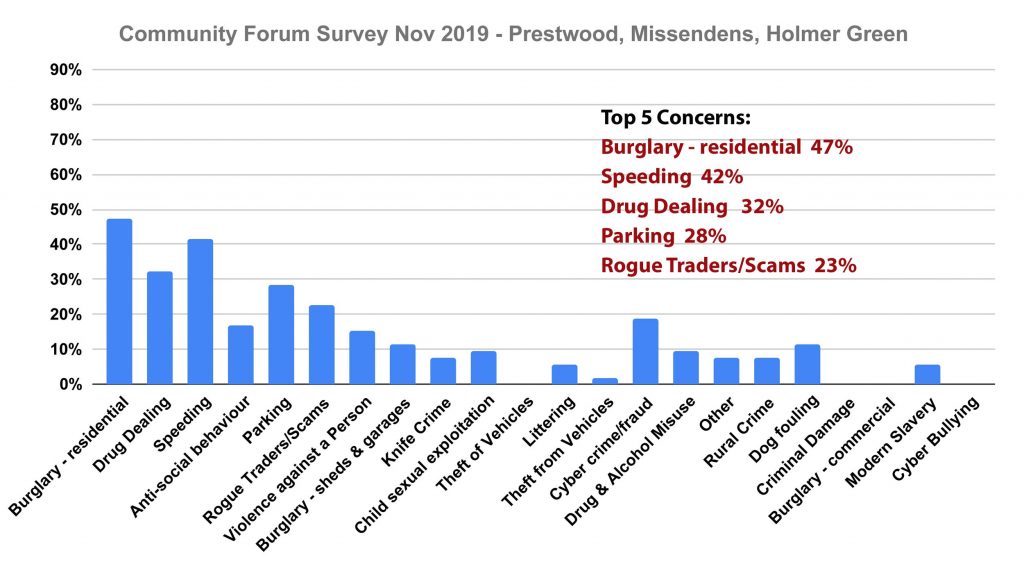 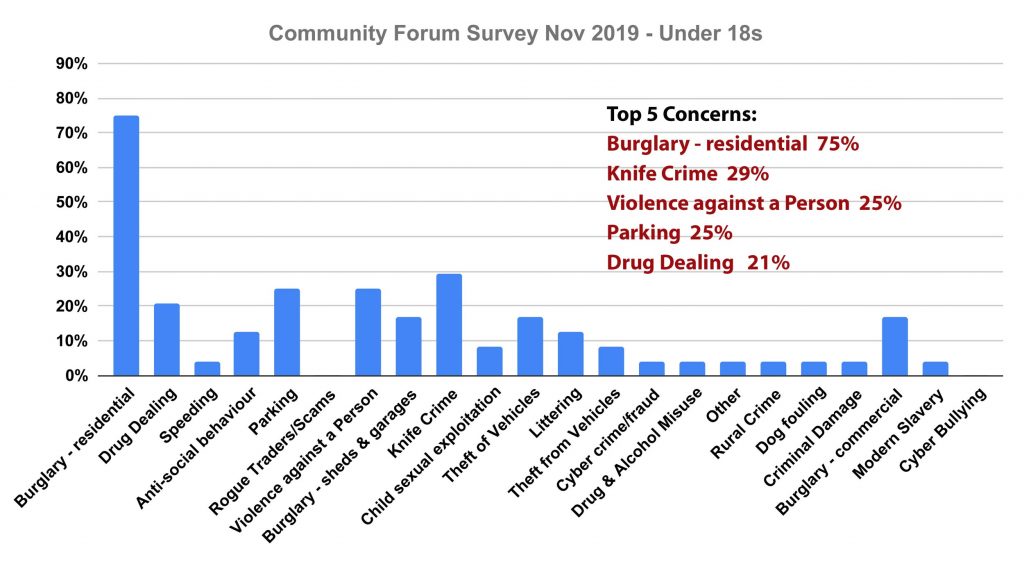