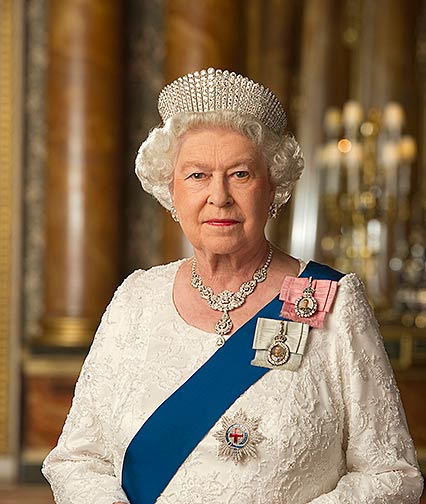 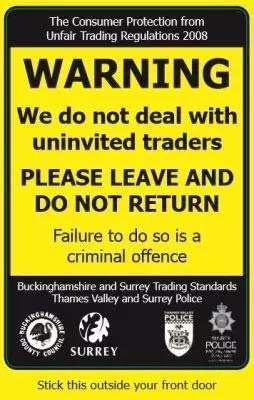 In Amersham and the Chalfonts, the Police have been receiving a large number of calls around doorstep sellers or “Nottingham Knockers” as they are commonly called. A number of calls complained of the aggressive nature of these people.

Mrs H explained her experience: “At about 1740, there was a really loud noise at my door. It wasn’t a knock, it was thumping on the glass so I guessed who it was. I opened the front door and the male hadn’t knocked on the porch door (which most people do). He was banging the glass on the internal door.

I got the impression that he was really trying to intimidate me. He tried to get into my personal space and said that he had recently been released from prison, and he had been put on a scheme by probation. He also said that a police officer had just bought a chamois leather from him. He was really persistent. I told him three times that I wasn’t interested.

I was concerned about his bullying tactics with the elderly neighbours.”

From this you can see the tactics that are being used. The intimidation banging on the glass rather than the door, the mention of having been in prison and getting in the victim’s personal space. Also, the tactic of legitimising the behaviour by saying probation had put him on a scheme and that a police officer had bought some items from him.

The law states that a trader who ignores a resident’s request to leave and not return commits a criminal offence under the provisions of The Consumer Protection From Unfair Trading Regulations 2008.

Cold calling is the act of making uninvited visits to your home with the intention of selling goods or services. It is not illegal and does not require a licence. Under the Peddlars Act a doorstep seller should obtain a permit from the local police station. It is common for a gang to target an area and for groups to then be picked up later on in the day. There have been concerns that this can lead to vulnerable persons and addresses being identified and later targeted.

Cold calling doorstep traders who target the elderly and vulnerable cause most concern. They offer services like roofing, block paving, guttering, painting and gardening. There are, of course, plenty of reputable traders offering a range of services but they can still be a nuisance if they cold call against your wishes. Any trader that puts you under pressure by falsely implying that you have to make a decision there and then, or that the “special price” is only available for a limited period in order to make you sign up, is committing an offence.

You can express your request not to receive visits from cold calling doorstep traders by taking part in Buckinghamshire and Surrey’s Trading Standards “No cold calling sticker scheme”. The packs include door and window stickers which can be stuck up outside peoples addresses and will act as a deterrent to unwanted callers. There is also an indoor sticker to remind people of where they can report these traders to.

Chiltern & South Bucks District Councils Community Safety Team will assist roads in creating “No door step trader zones” if the majority of your street is in agreement.

If you are looking for tradesmen, Trading Standards approved contractors can be searched on Buywithconfidence.gov.uk.