Two of the previous priorities – Residential Burglary and Drug Dealing and Misuse – were retained, and Knife Crime replaced Antisocial Behaviour.

Referring to the Word Cloud representation below of the online survey, Residential Burglary was a clear number 1 choice. Drug dealing and misuse remained prominent, and as before, there was a view that a number of other crimes stem from this cause. Numbers presented by Sergeant Roy Evans on behalf of Thames Valley Neighbourhood Policing suggested that enforcement had led to a significant increase in arrests in the previous period. Though antisocial behaviour remains a common concern, Sgt Evans argued that it needs to be defined more closely in order to be an effective priority. The choice of Knife Crime as the third priority was largely to encourage continued proactive work to prevent this becoming a significant problem in our area. 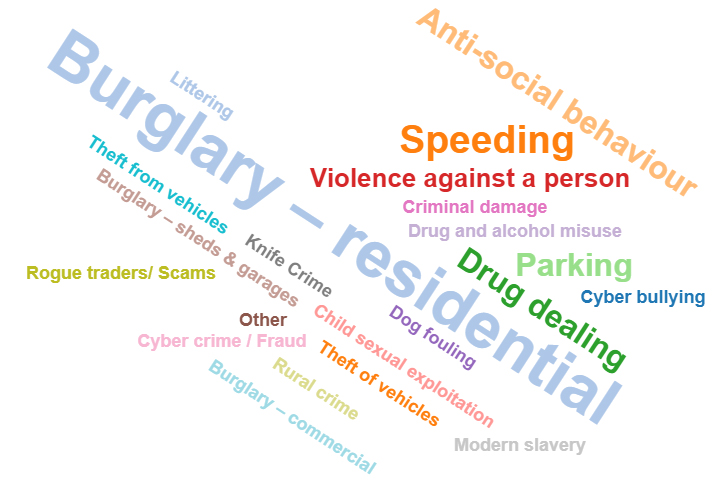 Many thanks to all who participated in the survey and at the meeting.